On Sunday, July 17th, 2022, we welcomed the following members to CLC. Please make them feel welcomed by saying hi and introducing yourself to them at Sunday Worship. 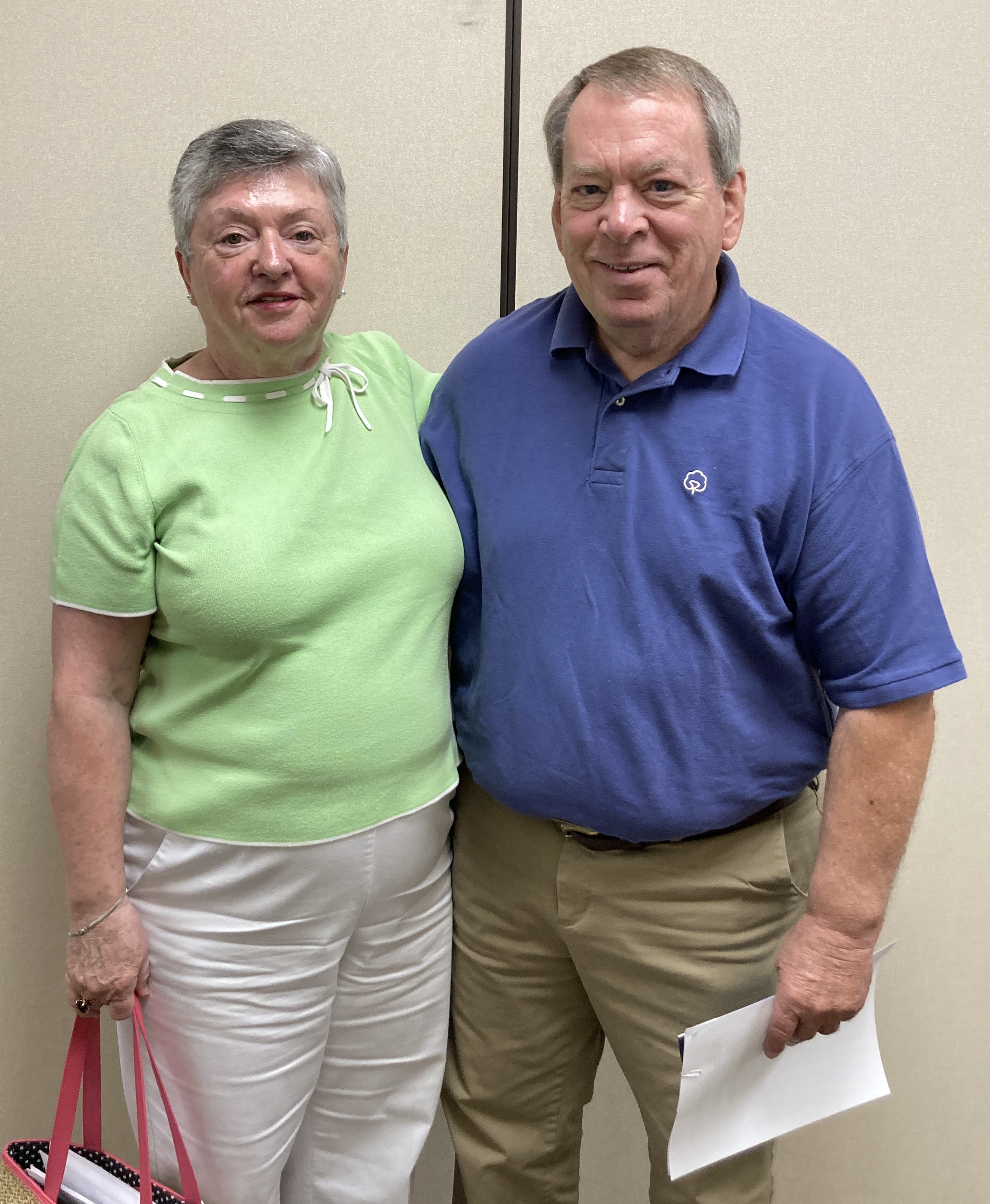 Roswell Adair Barr III. My nickname, Ra, was made up from my first two initials (Sr and Jr were already using the cool names!). Born in Columbia SC and raised in Lexington County, I was baptized as an infant in the Lutheran Church. Confirmed at St. David's, West Columbia SC. Graduated Lexington High School (Go Wildcats!), enlisted in the U.S. Army at age 19 serving overseas in Germany and Viet Nam and then graduated Northern Arizona University in 1973 with a BS in Business Administration. After a short stint at the University of Alabama (great football season!) I was hired by the Social Security Administration. Thirty-seven years later I retired after working in various positions in Sumter SC, Georgetown SC, Greenwood SC, Beaufort SC, Atlanta GA and finally in Marietta GA. I served six years on the City Council of Powder Springs GA and have served various terms with the city's Planning and Zoning Commission and Development Authority. I have maintained civic connections over the years with Jaycees. Kiwanis, Rotary and currently American Legion. My wife Barbara and I have two children, Rebeka and Matthew and one grandson, Emmett.

Barbara Barr grew up on a dairy and tobacco farm in the Lowcountry of South Carolina, about 60 miles inland from Charleston. She graduated from the University of South Carolina with a BS in Nursing and spent the first year of marriage working in a small hospital in Flagstaff, Arizona; then moved to Tuscaloosa, Alabama while her husband, Ra, attended graduate school. She worked in public health departments in several different parts of South Carolina, both full and parttime over the next few years, as she had a daughter (Rebeka) and a son (Matthew). She also taught in the nursing program at a small community college for several years. When they relocated to Georgia because of Ra’s work she started working for a company that owned nursing homes and spent the last 28 years working in long term care in many different capacities. She retired in 2017 and have enjoyed the ability to spend time reading, knitting, traveling and being with friends and family. 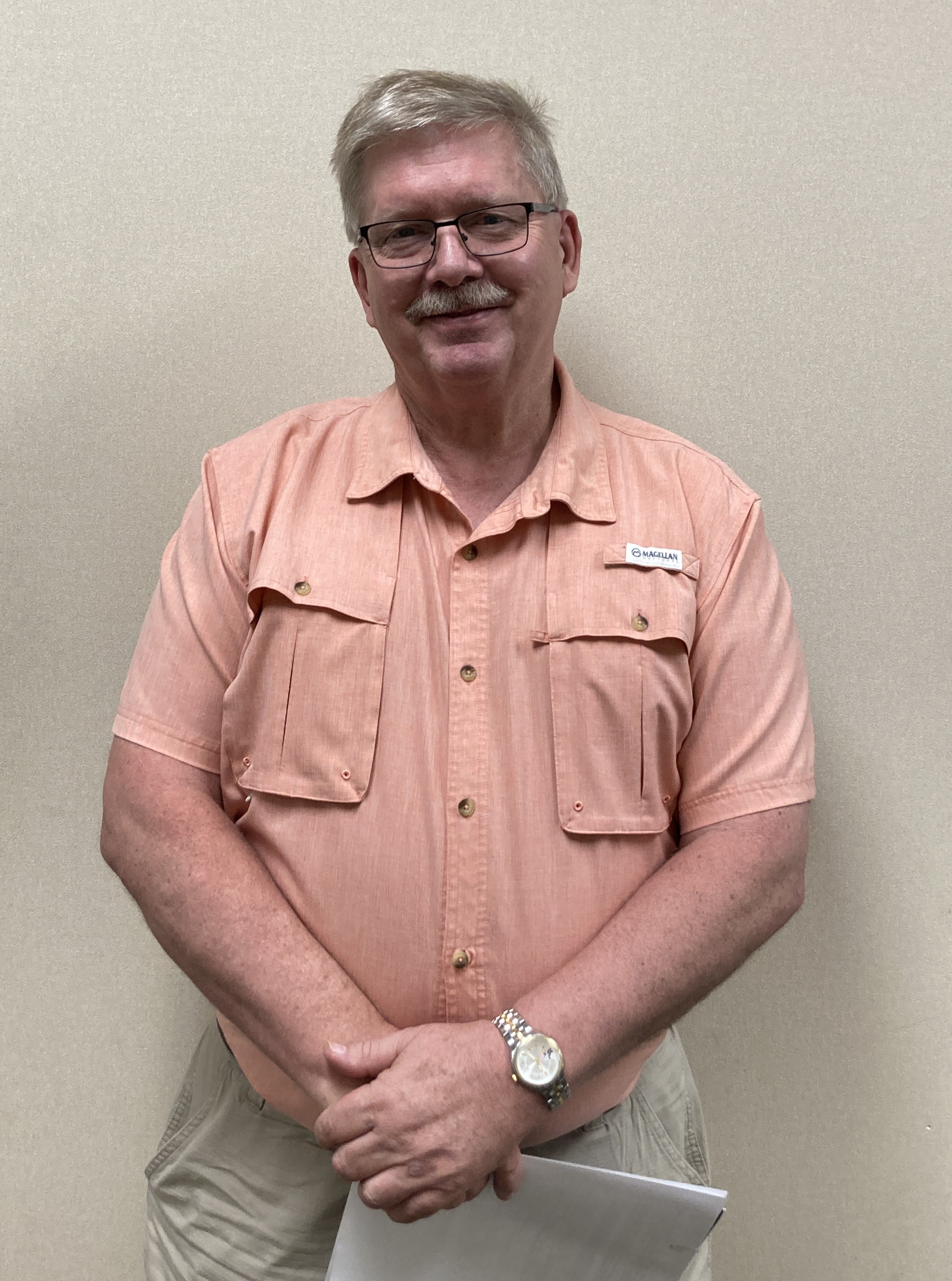 Dan Richards is recently widowed from his high-school sweetheart of 49 years. He is the father of 3 children and 4 grandsons. Daniel has spent 40 years in the Building Materials and Millwork business and has a background in construction and government contracting. He’s been the trainer of wholesale and retail sales reps in multiple companies. Daniel has been involved in building Habitat for Humanity homes and was the Rebuild Atlanta house Captain for Georgia Pacific Corp. He’s a 26-year member of Toastmasters International. Welcome Dan! 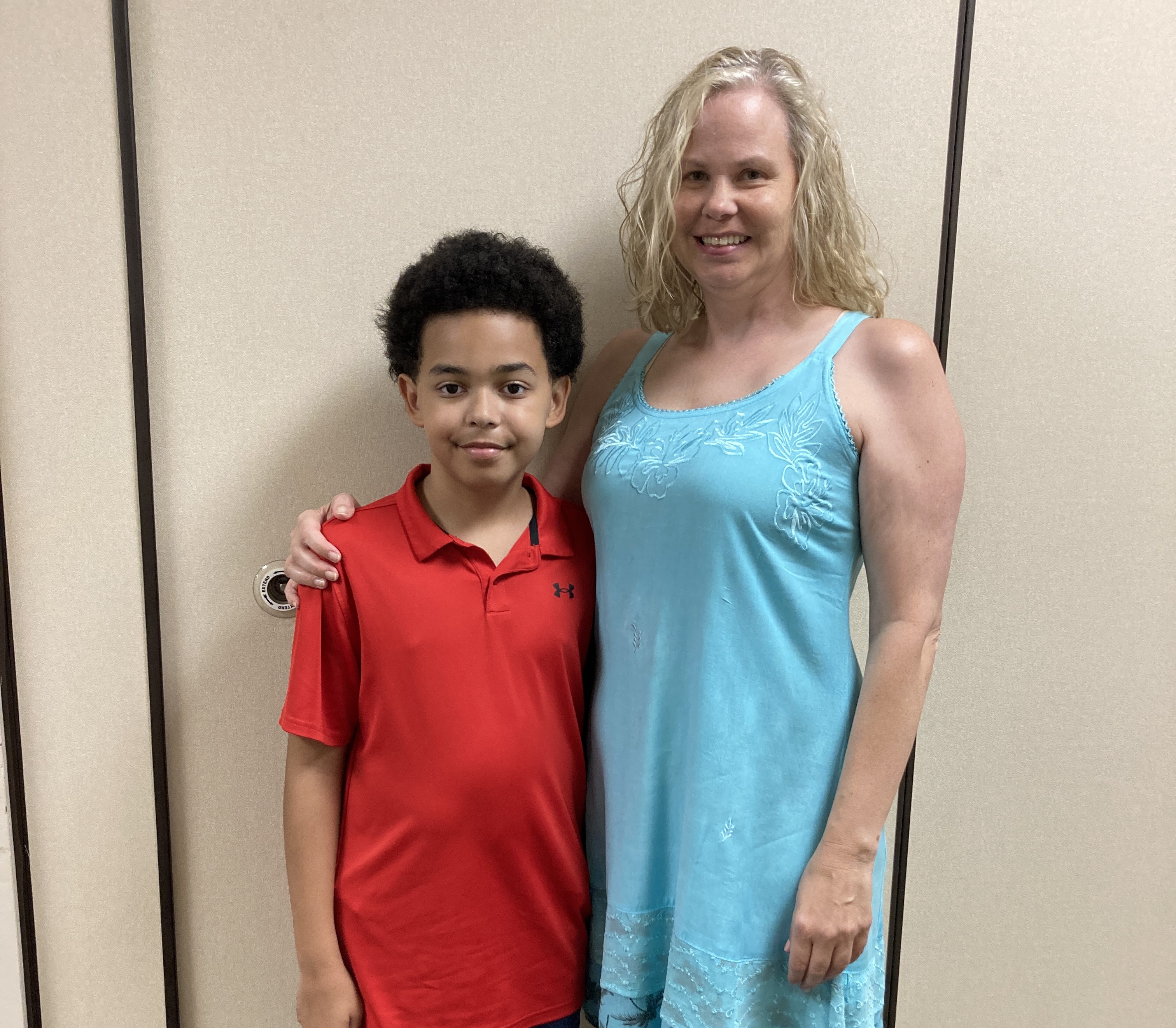 Tanya Davenport and her son Spencer Tucker have been living in Cobb County for many years and are both lifelong Lutherans. Spencer attends Lovinggood Middle School and is a rising 7th grader. He loves archeology and may someday want to be an archeologist. Tanya is originally from Minnesota and still has family there. She has worked in the Sheriff’s department, as a paralegal, and most recently as an elementary school teacher. She really enjoys working with the children and hopes to serve as a substitute teacher this coming year. They both love spending time outside and have enjoyed tubing and kayaking. Both were a huge help with Vacation Bible School at CLC this summer and ran the crafts corner. 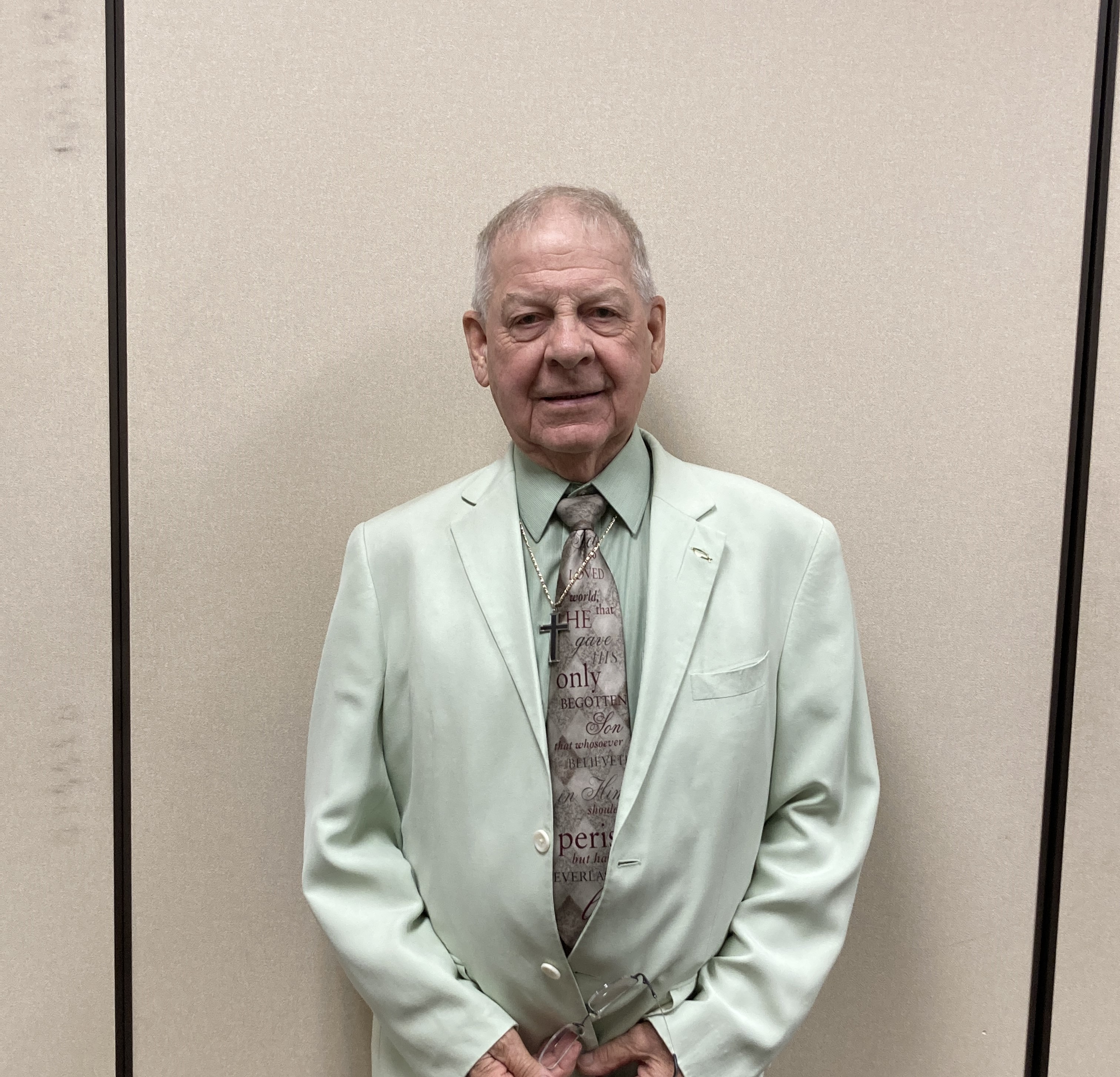 Bernie and Alice Hoffmann have been associated with Christ Lutheran since their marriage in 1997 – the first wedding held in the new CLC building and presided over by the interim, Pr. William Martin. In 1952, Bernie and his family in Germany were sponsored by the Missouri Synod Lutheran Church to come to the United States to work on a farm in North Dakota. Since then, Bernie has lived in New York, Florida and now Georgia, working primarily in the restaurant business, then retiring from the Post Office 15 years ago. Bernie is a lifelong Lutheran. Married to his first wife for 25 years, he has three children and three grandchildren. Bernie met Alice in Ukraine and they’ve now been married for almost 25 years. She has one daughter in Portland, OR. She was a meteorologist while in Ukraine and now works part time as a hairdresser. She’s passionate about spending time with the grandchildren, painting, and gardening. Bernie has passions for evangelism, teaching, stewardship, and music (primarily brass). Bernie and Alice were members of CLC for many years, then left for a few, and are now back. Welcome back! 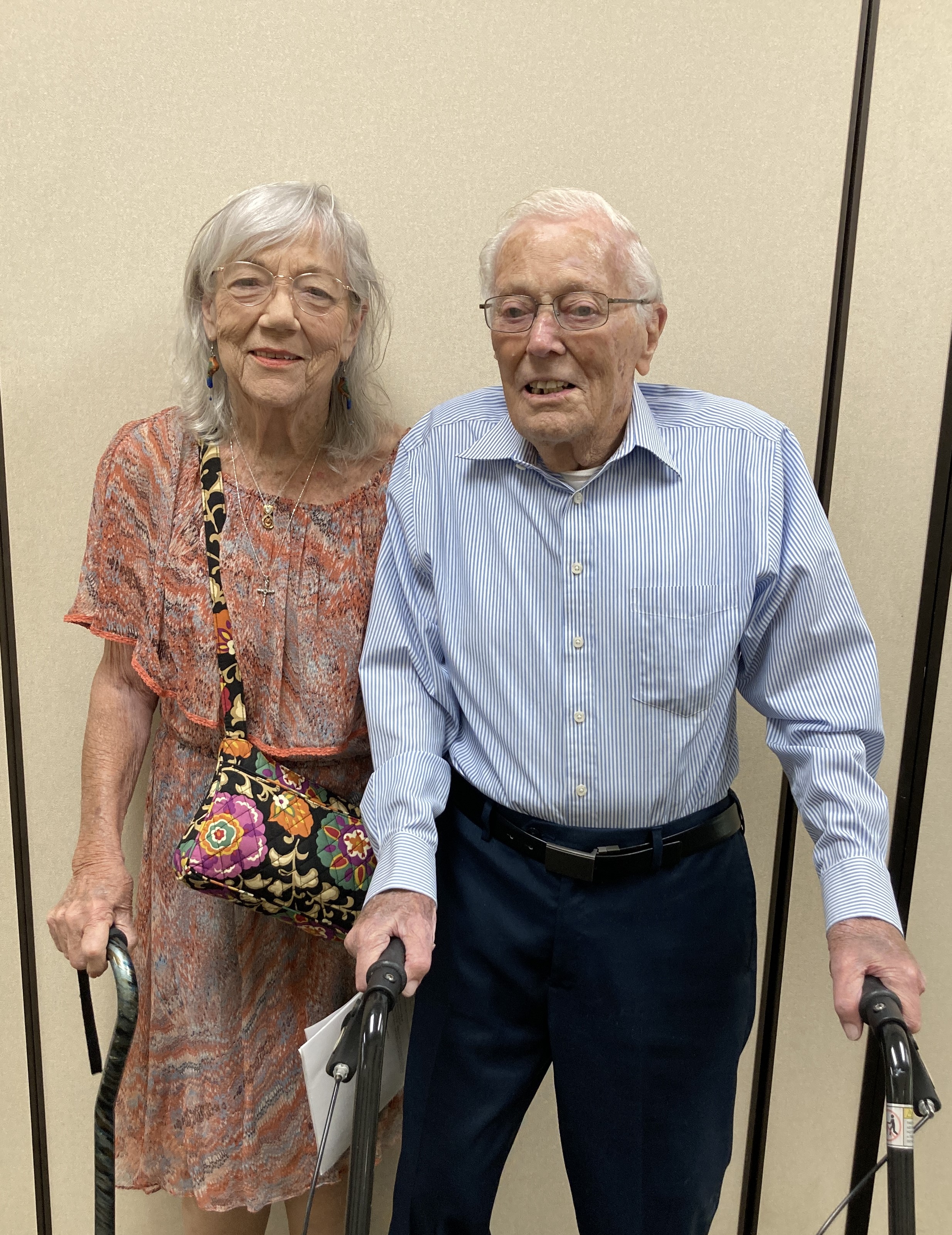 Gerry and Betty Spies (pronounced Spees) recently moved from Ormond Beach, FL and now live with Betty’s daughter in Dallas. Betty and Gerry met in cardiac rehab in St. Pete and married 11 years ago, a second marriage for each.  Between the two of them, they have 6 child-ren, 15 grandchildren, and 29 great grandchildren! Betty resided in Smyrna, GA before moving to FL. She was a CPA and also served as a guardian ad Litem. She’s thankful to be back in Georgia and enjoys taking drives around this beautiful community. She loves to paint, sew, do puzzles, and play bridge and Mahjong. Gerry is an “energetic” lifelong Lutheran, beginning work in the creamery of his family’s dairy farm in Mayville, ND, then moving to FL for positions in equipment sales. Gerry has 2,990 glider flights under his belt, participating in national and international competitions in his sailplane. A passion, for sure. Gerry taught Sunday School for decades, both children and adults. He enjoys reading and taking drives around the area and really appreciates seeing all of the trees.